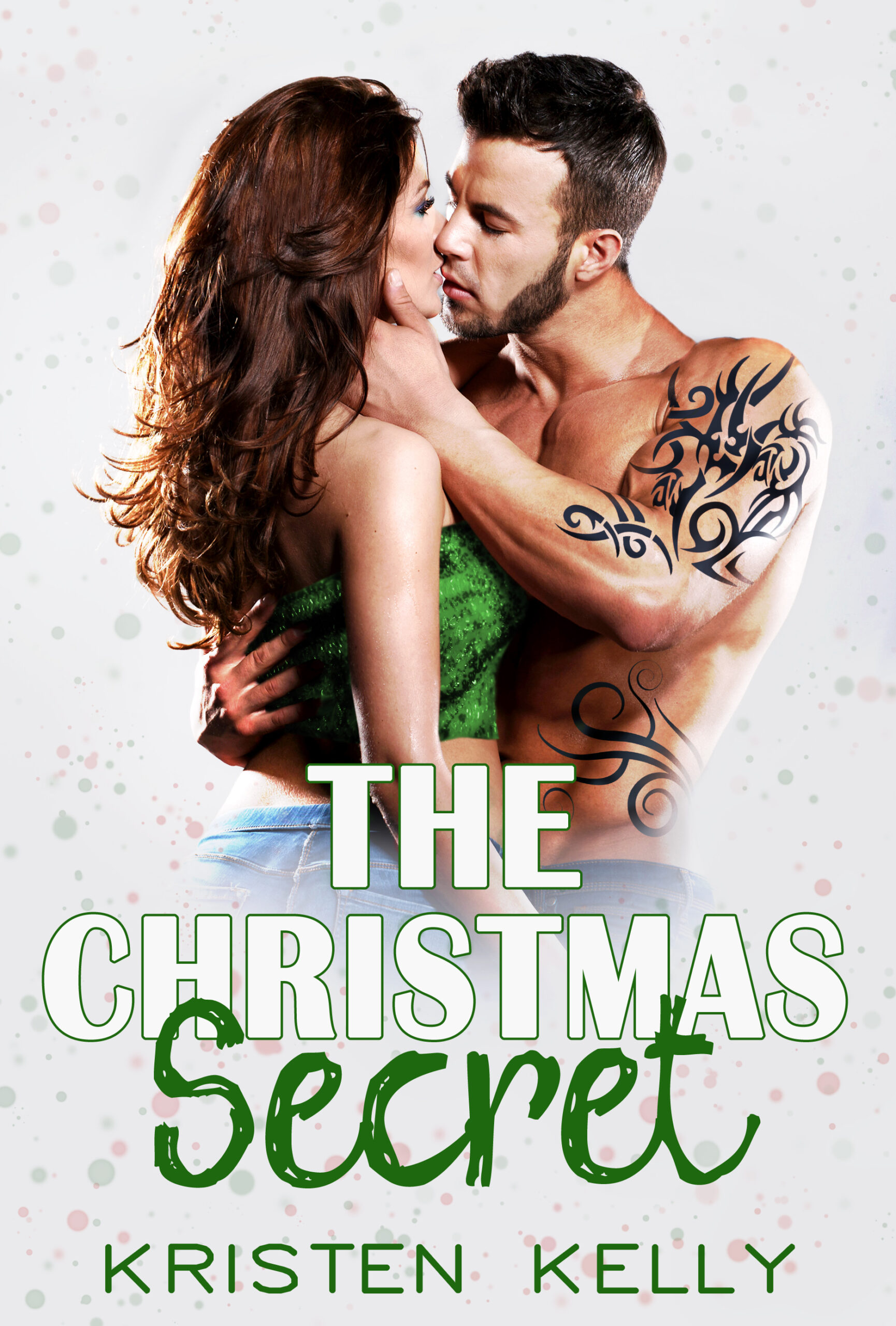 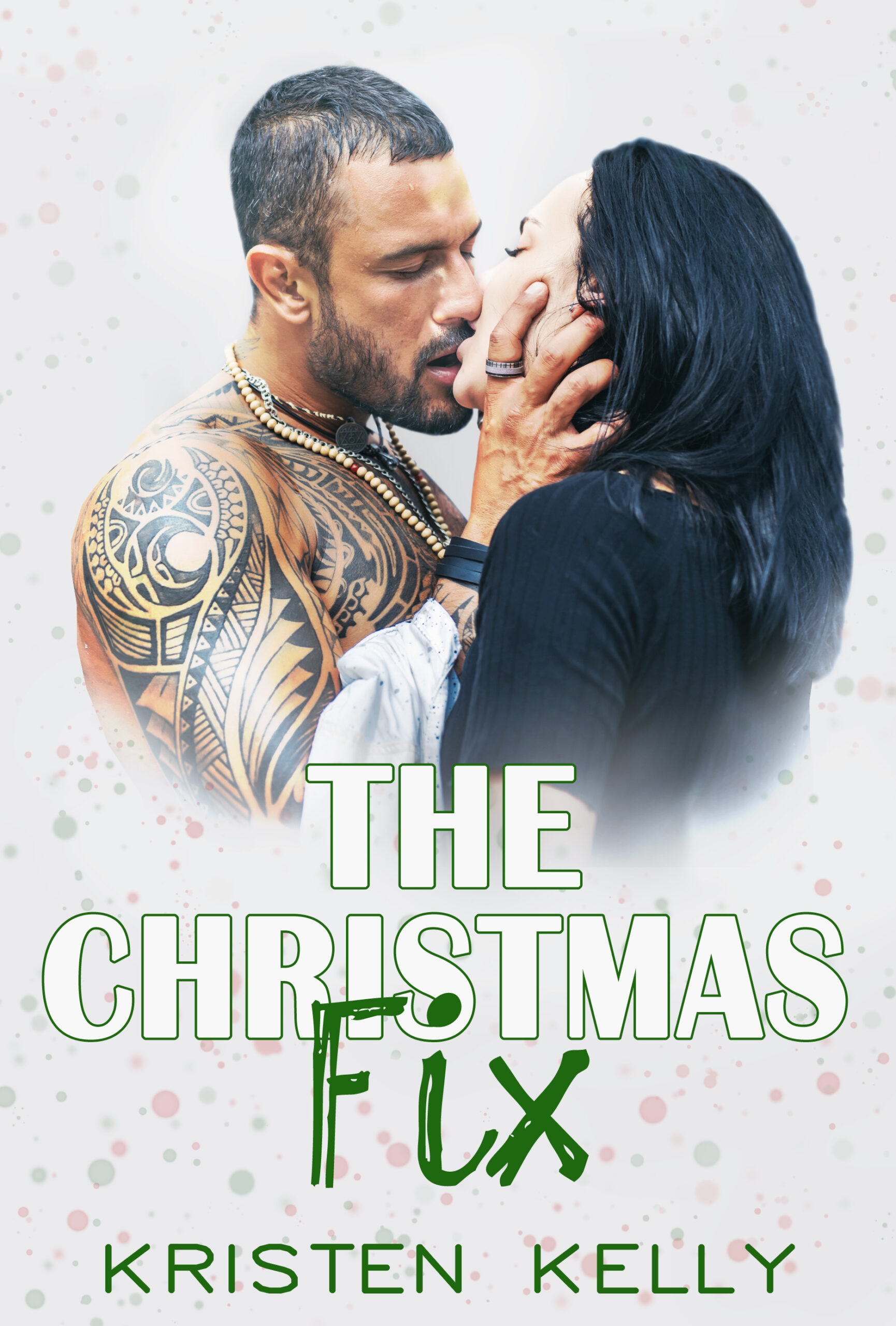 Sneak Peak from The Christmas Secret by Kristen Kelly

Steve: Wanna stop somewhere for a drink?
Abby: Okay.
Steve finished the Manhattan he’d been nursing for the last hour, dabbed his sexy lips with a napkin, and picked up his phone.
Steve: Let’s go, Cinderella, before you turn into a pumpkin.
I downed the last drops in my fourth champagne flute, grabbed my purse, and then turned around so Steve could drape me in black velvet. I felt giddy and extremely happy. I’d come here tonight thinking there was no way I could get over Chase in just a single date, and though I knew the champagne had a lot to do with it, I felt there was something more between Steve, or whoever his name was, and I. Was that crazy? Was it real? Who knows. I was just going with the flow right now.
The minute the door closed behind us in the limo, Steve filled my empty glass of champagne and my mind began to work. How was it that I’d had so much fun with another man, that I was actually wondering if he’d agree to see me after tonight? At the same time, a lump formed in my throat. What had happened to Chase? Was he sick? Had he been in an accident? Or did he just decide to blow off the party for the first time in his career? And why did I care?
Snap out of it, girlfriend. You’re Cinderella. Remember? Not some heartsick ex-wife who can’t let go of the past!
Inside the limo, I let my hand drop to one thigh as my gaze traveled down his firm muscular torso. Yes! He wanted me too. That much was evident by the bulge between his legs.
Got some trouble in your shorts? I typed.
Steve: They’re a bit tight. Yeah. Wanna relieve the pressure, Cinderella?
I giggled. Gravitating toward Steve’s heat, I realized he probably needed this as much as I did. To get over his ex-wife, that is. Maybe it would be a one-night stand for both of us. I just didn’t care what the reason was right now.
Raising my dress, I placed his hand on my bare thigh. It felt comforting, somehow, warm, like butter on hot baked bread. What was it about this man that made me want to do everything to him. I needed him to touch me, to make me feel wanted, but there was something more between us. I couldn’t put my finger on it, but I felt it.
He took the bait and I gasped when the fingers of his left hand slid forward, brushing the thin lace of my panties. He cupped my mound but didn’t move, absorbing my heat into his palm. My breath accelerated. Maybe it was the champagne, but I wanted him like I’d never wanted a man in a very long time.
“It’s okay,” I whispered. “I won’t break.”
He shook his head, grasping desperately for his cell phone in his pocket.
Steve: No talking, Cinderella.
I didn’t argue. Hell, I preferred it this way. I don’t know what had made me speak in the first place, but I was all for leaving explanations out of the picture.
I whimpered when he removed his hand from my panties. Then, he dropped the phone into his lap, took my face between both hands, and kissed me tenderly. It felt awkward at first, like he wasn’t sure he should. Not rough and not like a man who just wanted sex. He kissed me like a prince and my heart melted into a puddle.